The Global Internet: its human dimension 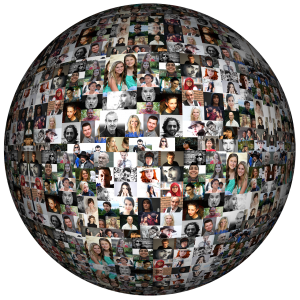 Excerpted from “Magic Mail”
by Ned B. Johnson
October 1993

The capacity for tool making was long considered the signal characteristic that made human beings human. It was, that is, until Dr. Jane Goodall and others began documenting the behavior of chimpanzees. They soon discovered that at least this branch of our evolutionary family tree also fashioned tools suited for specific purposes from available materials. Tool making as a delineator of humanity lost its sacrosanct status.

Another favorite candidate was the use of language; but that too has fallen into disfavor in recent times due again to discoveries about the capacities of our primate relatives.

For some, intelligence seems like the last bastion of true humanity. Yet all you have to do is attempt to discover a rock solid definition of what intelligence is, and you will soon realize that there isn’t one. The definitions that are generally applicable are inevitably circular (e.g., “Intelligence is the ability to deal intelligently with one’s environment.”). Those that are not circular are either not sufficiently general, or they are meaningless in some fundamental way.

The uniqueness of man has become ever more challenging to identify, quantify and define. Perhaps one of the most singular characteristics of our humanity is our very penchant for wanting to distinguish ourselves from other species. Regardless, the field is wide open for a more suitable way of drawing the line between human-ness and all other -nesses.

I too have a candidate. It may not define humanity with ultimate precision, but I believe it does expose much about what has made us so profoundly successful on this earth. It seems to be intrinsic to our very nature to be social creatures. This hardly sets us apart from other species, but our pursuit of that essential cooperativeness does. It drives us to an almost obsessive search for more and better ways of communicating with one another. First with pictures, then signs, spoken words, then written, and in more recent times it has led us to create and develop the most extraordinary technologies by which to convey information from person to person.

The effect of this lust for communication of information, be it thought, feeling, knowledge or what have you, has been that we are able to know far more than any one of us could ever hope to learn by direct, personal experience in a single lifetime. It is as if, rather than isolated individuals adrift on the sea of life, we are connected at the brain stem to all those who came before us as well as to our contemporaries. Never has this been more true or more evident than at this time in our history. It is not ludicrous to say that we are all born a thousand years old in terms of the knowledge and experience we have at our disposal almost from birth.

I believe it is this insatiable capacity for sharing our combined experience that has allowed us to assume such a dominant position within the biosphere we call Earth. Yet the effect of all we have accomplished along these lines in the millions of years of our evolution is now being eclipsed almost daily by advances in the technology of communication.

It has become popular to declare that knowledge is power. If there is even a shred of truth to that assertion, then the gargantuan strides being made in the availability of the sum total of human knowledge to each living person are empowering all of us at an astounding rate. And that rate is accelerating moment by moment.

I also believe that a sense of personal empowerment is the one universal antidote for fear of all kinds, which makes it one of the most powerful known agents for real healing. By healing I mean the mending of lesions of all kinds, within and between individuals or groups. Even without our conscious intent, knowledge and a sense of personal power works its wonders on us one and all. In simpler terms, as our human world “shrinks,” it becomes whole.

The most powerful means thus far created for extending our ability to share information of all kinds already exists. It is called the Internet–a massive global interconnection of computer networks with the capacity to link millions of people like Siamese twins joined at the heart and mind. Though still in its infancy, it is already a part of daily life for many, and its effects ripple out from those directly connected to those who may not yet even know of its existence.

With the power curve of the basic technology going nearly vertical, and the cost factors plummeting, it is not unreasonable to expect that before the turn of the twenty-first century a majority of living human souls will be in “touch” with each other in ways of which our progenitors could not have dreamed. The propagation of this capacity for sharing ourselves and our lives will continue at a breath taking pace because it has to; it is in our genes if not our souls. The transformation it will perform on our sense of what it is to be human will be more profound than anything we, as a race of beings, have ever experienced. And it has already begun.

Thus far almost all examinations and observations of this phenomenon have been focused all but entirely on the wonders of the enabling technologies involved. Little has been said about the role the Internet is playing, and will continue to play, in the growth of the human race as citizens of this corner of the universe. This is a story in dire need of telling. It is a tale written neither by nor for idiots, but rather by, for and about a noble species at last coming of age. It is the wondrous saga of man discovering himself through his brothers and sisters. And, as if to underscore its singularity, it is written, not in words and actions, but in streams of electrons and silicon wafers and fiber optic cables.

The journey has barely begun and already it has such force that it terrifies the faint of heart even as it thrills the adventurous. If it seems unlikely that the destiny of man should be tied to dots of glowing phosphor and incomprehensible machines, then maybe it would be good to remember that once even fire was considered the enemy of man. All things seem good when they serve us–and perhaps they are.