Home Commentary The Simple Truth About the Media

The Simple Truth About the Media 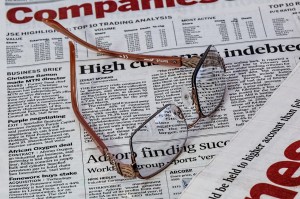 I received an e-mail this morning from the producers of one of my favorite films, “What the Bleep Do We Know?” It was a letter from one of the movie’s three prime movers, Bill Arnst. In it he responded to a scathing and cynical review of his film in a San Francisco paper the week it opened in that market. There were frequent references to “the media” and their power and prejudice. I found this deeply disappointing, because it was all too clear that he has fallen for all the popular lies about the Fourth Estate. I guess I expected more from a man who would put his own money behind such a wonderful project. I will be writing him myself soon, but for now, I’m writing this article to try to set the record straight about what the media is and is not.

To begin with, the overwhelming majority of organizations that are collectively known as “the media” are profit-making companies, or are at least consciously intended to be. In other words, like all corporations, they are driven by the “bottom line.” To understand their motives, all you have to do is look at the sources of their income: paid advertising. Whether it’s television commercials, Internet pop-ups, or printed ads, by individuals or other corporations, ad revenue is the life blood of any media company.

Now there are other media companies who sell subscriptions or tickets. These include cable television, film studios and their distribution channels. But even they usually make more money on advertising, or at least after-market promotions, than they do from direct sales.

In other words, they are employed by advertisers to put their messages in front of people. Nowhere is this more evident than in the broadcast media and print periodicals of all kinds. Sponsors and advertisers make the decisions as to what they will pay for. And what influences those choices? It’s simple: what sells more cornflakes, gasoline, computers, or toothpaste. If people do not buy products and services, the advertisers abandon one medium in search of another that better serves their purposes.

But the advertisers operate at the pleasure of the buying public. If people do not watch the TV show you sponsor, or if they watch it but don’t buy anything, it’s time to look elsewhere. So at the end of the day, it is the consumer who makes the decisions as to what the media marketplace offers. They vote with their wallets countless millions of times every single day, and no one on Earth pays more attention to those votes than advertisers, unless it’s media executives.

So when I hear people talking about the “power of the media,” or complaining about the choices of this relative handful of executives, I have to shake my head at their lack of any real understanding of what they’re talking about. As Pogo Possum (for those of you too young to remember, a popular political cartoon star in days gone by) once said, “We has met the enemy, and he is us.”

The media is enormously responsive to the preferences, even the casual whims, of their respective reader/viewer-ships. Those who are not, don’t survive long, and they know it all too well. If you want to point a finger, if you want to know what has to change before the media offerings change, you need only look in the mirror, at your friends, neighbors, your fellow countrymen and women. It is our choices that are driving everything. We get exactly what we are willing and able to support and darned little else. How else could it be?

So if you want to rewrite the bill-of-fare on the media’s main stage, withdraw your support from content you object to and thus the advertisers and their products, and lend your support to those who provide you with things you want to see more of. Encourage everyone you know to do so. If, and only if, enough people do this, will things change. Meanwhile, pick up a good book and read it. Choose something that feeds your heart and mind instead of your fear and anger. You do, after all, get what you focus on, and the choice is, and will forever remain, yours and yours alone. It is the only real power that matters. Use it well.