The War That Never Happened 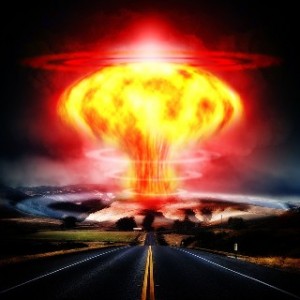 In the early 1980s I had a lot of friends who were into various alternative health care modalities. None of them was exactly setting the world on fire, nor did they seem to have much of a clue as to how to market their practices. There was a lot of talk about the subject, but it was all based on intuitive assessments of the attitudes of the public toward these matters. It occurred to me that instead of making up answers to our questions about the prevailing attitudes in our market, that we would be better off just asking people.

To that end I created a questionnaire and hired a company of professionals to administer it to several hundred randomly selected residents in our market area. The sample, in proportion to the population, was significantly higher than is typically used by national surveys, so it was statistically quite significant. I then sold copies of a report to practitioners to pay for it, and to make some profit for myself.

The survey was done in three parts: the first one contained five worldview questions, to get to know how people looked at life and humanity in general. The last portion was strictly demographics: age, income, etc. The meat was in the center section. Here’s how it worked.

I compiled a list of 20 areas of life that most people consider very important. These included things like:

Clearly, these and the other 13 areas involved are among the most important concerns for most people, though their order of importance varies between individuals.

For each of these areas three questions were asked: “How important is this area of life to you?”; “How satisfied are you with the way it is today?”; “How motivated are you to do something to improve it?” The subjects were asked to rate each of these answers on a scale of zero to seven, with zero meaning no interest, and seven meaning very high interest.

I then created a formula that took all three of these scores and combined them into a single number between zero and 100. I called it a Composite Motivational Index, or CMI. The theory behind the formula was that the more important something is to you, and the less satisfied you are with it, and the more motivated you are to improve it, the more likely you are to take action. Conversely, if it’s unimportant, satisfactory, and you don’t want to change it, then you are unlikely to act. The CMI allowed me to make more valid comparisons in the likelihood of action between these 20 areas.

When the results were obtained, I put them into a database and wrote a program to crunch the numbers. Though there were many interesting things that came out, there was one that was dramatically more important than all the others.

There was one area of life that scored a CMI of around 70 for all segments of the sample. It didn’t matter how you sliced and diced the data. It applied to men, women, young, old, rich, poor, in other words, everyone. The next highest CMI was barely half as high, less than 40. Clearly people considered this area more important, were less satisfied with its present state, and more highly motivated to improve it than any other thing in their lives, and by a factor of nearly two to one! What was it?

I’ll tell you what it wasn’t: all the things you would have guessed. It wasn’t: relationships, money, prestige, or even physical health. The subject that trumped all others, even health and wealth, was world peace!

Keep in mind that this survey was done in 1983, when the Cold War had been raging non-stop for over 30 years. So when people talked about world peace, what they really meant was the threat of global thermonuclear war, not the occasional ground war using conventional weapons. And they were scared stiff. Many of them for their whole lives. When they said they were concerned about world peace, what they were really saying was that they were afraid we were going to vaporize the Earth one fine day, and they didn’t want that to happen.

Only a few years later, on November 9, 1989, the government of East Germany lifted the ban on travel to the West, and not long thereafter the Union of Soviet Socialist Republics dissolved. With these two seminal events the Cold War died, not with a crash or a mushroom cloud as we had so long feared, but with barely a whimper and a sigh.

The reason I have written down this story after all these years is to make one simple point: People created the Cold War for reasons and purposes of their own because it served them. And when they got what they came for, they withdrew their support, and it collapsed under its own weight, falling eventually into the slush pile of history.

We never were really at risk, though we had to believe we were to get the benefits for which we did it. No actual harm was done, though individuals did choose to be harmed in ways that were offshoots of it (like Viet Nam). But World War III never happened, because we never intended to actually go through with it, to make good on the threat.

Among the countless blessings we got from the war that never happened was putting Neil Armstrong et al on the moon, and the very Internet by which you are seeing this piece, along with all the technology that enabled these latter day miracles.

So next time you are tempted to look out through a soda straw at a world that seems evil, or dangerous, or just run amok, try to remember that War the Never Happened. Is it too late to say, “April Fool?”