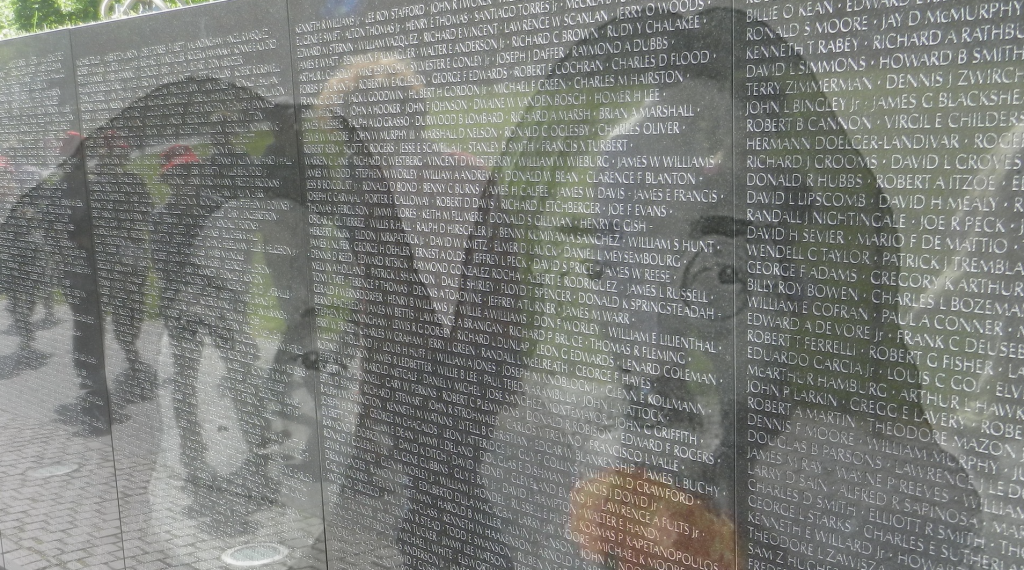 Excerpted from the personal journal of Ned Johnson

I am watching Woodstock on A&E right now. For me, it is an extension of The Last Waltz, which I saw not long ago.   And I am realizing some things.   I did not go to Woodstock. I did not go to Viet Nam. I did not participate fully in either side of the polarities of ’60’s society. I took the safe path in the center because I aimed to please. But it has had its impact on me.

I never met the ’60’s but I was a prominent mourner at its funeral. But I did not stand for anything until 1975. Even then, I was seldom able to stay in character for long, and never long enough to reach escape velocity from my own past that I carried entwined with the emerging truths in my heart and mind.

To this day, however, I also carry the ’60’s with me inside. I loved it and have kept faith with its spirit these 20 odd years because I found out what it was really about. I see the promises of those strange years coming true and I see the promises yet to come. I feel that extraordinary spirit pulsing within me everyday now and for most of the intervening years.

The Marahaji just told us that America has long been helping the world in the material realm and that the time has come for America to help the world by being its spiritual leaders.   Has that happened? To some extent I think definitely yes. We have much farther to go. Humanity at large has even farther.

It is now time, perhaps, for America to begin to live their true ideals. I know it is for me. Maybe that’s the real contribution I have to make; to succeed at putting the dreams, even the unconscious ones, from the ’60’s into action. And what if, when that is done, I tell people how I did it and how they can too? And what if they listen? What it they take heart from my struggles and my success and determine to stop living the same lies that I have been living? And what if it actually works?

Is that any less likely than the Berlin wall coming down? Is that any less likely than the US hiring Russian nuclear physicists or buying their rocket engines and fusion technology? Those things are already in the history books along with many, many more that would have been unthinkable, what, 2 years ago, maybe 3? So why not? It will be someone, someday, so why not me now—right now? I hate to think what will become of me if I don’t do my part. The rest is up to my fellow passengers on this spaceship Earth.

All we have to do to insure our success is to take proper care of our own beliefs and their issues.   Doing that will guarantee us lives worth living. Lives of love, creative self-expression and peace. In the end, that is all any sane person really wants, and that is the least we can settle for.

Personally, I am undergoing an emersion in the great stream that has been flowing in me all along.   It is a stream made not from drops of water, but from tiny glimpses of beautiful truth. Year after year I have been collecting them, analyzing them, loving them and at length allowing them to provide a mold from which my truest self will one day emerge—clear, pure and absolutely true to the music that sings in my soul.

Today I want to recreate the ’60’s and swim in it. I want to become so involved in it that I can touch its spirit at will. Then I will be 20 again with my whole life before me, with my dreams in tact, albeit raw, and with my heart perpetually eager to explode into expression.

Then I will remember why I came here and how to make that dream of dreams come true, just like the wall, just like the Apollo landing, just like every other modern miracle.   They invariably burst onto the scene, regardless of advance publicity, like lightening, striking at the very core of our being, igniting the private dreams of private people thus drawing them directly into the drama in a most personal way.

Who on earth saw Neil Armstrong’s “small step” who did not feel a deeply personal participation in the event itself? We were all there, the living and the dead, Americans, Russians, Babylonians and ancient cave dwellers alike. For humans have been gaping at the moon for millions of years, for hundreds of thousands of generations, staring and wondering and building, thought by thought, wish by wish, the bridge that Neil climbed to get to that dusty ball of green cheese. And he carried a piece of every one of us within him when he made that “giant leap” for [all] mankind.

And this same truth is evident in every thought, feeling and act of every single person at every possible time if we will only look for it. Every human experience, however great or small, beautiful or hideous, new or old, each belongs in some measure to all of us.