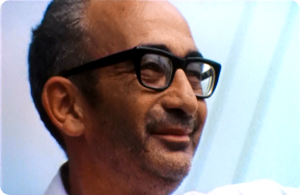 Would you spend a weekend with this man?

Nearly half a million people once said “Yes!” Why would so many people put themselves through untold discomfort in the middle of August, just to hang out with him and a few hundred thousand of his (not really) closest friends? Well, some good music might help.

In the summer of 1969 at his farm in Sullivan County, New York, that’s exactly what happened. They called it the Woodstock Music and Art Fair, and it was the culmination of one of the most pivotal decades in history. It was the largest gathering of people in one place in American history. In fact, there were only two other events in all of history that had larger turn outs at that time: the coronation of Queen Elizabeth II (est. 3 million) in 1952, and the funeral of C.N. Annadurai (est. 15 million) in India just six months before Woodstock. To put it into perspective, it was several times as many people as participated in the D-Day invasion at Omaha Beach. 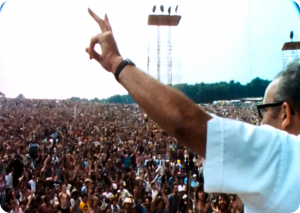 The man pictured here is Max Yasgur, the New York-born son of Russian Jewish immigrants, who was 49 at the time. On the third day of the festival, August 17th, following Joe Cocker’s afternoon set, he spoke to the crowd:

“I’m a farmer…[pause for applause]…I think you people have proven something to the world, not only to the town of Bethel, or to Sullivan County, or New York state. You have proven something to the world. This is the largest group of people ever assembled in one place. We had no idea that there would be this size group. And because of that, you have had quite a few inconveniences as far as water, food, and so forth. Your producers have done a mammoth job to see that you’re taken care of. They should have a vote of thanks. 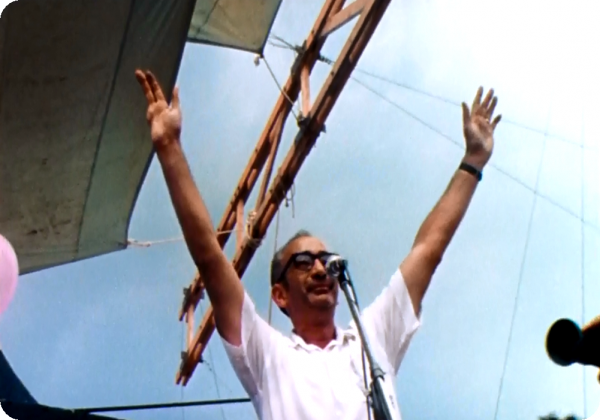 Later, when asked by the New York Times why he agreed to lease his land for the festival, he said:

“If the generation gap is to be closed, we older people have to do more than we have done.”

He gave festival attendees free water and every bit of milk on his dairy farm (the largest in the county at the time).

As for myself, I did not go to Woodstock. I was only two years out of military service at the time…exactly. The second anniversary of my discharge happened during the festival. But just because I had been in the Army did not mean that I was hawkish. Hardly. I was just intimidated. I managed to reach a truce with my conscience by maneuvering myself into the position of teaching clinical psychology to soldiers whose job would be to help other soldiers deal with the ravages of war. I never harmed anyone, nor did I aid anyone else in doing so. I was and am proud of that.

“I was never fully engaged with the ’60’s, but I was a prominent mourner at the funeral.”

Many years later I wrote the following in my personal journal:

I am watching the 1971 movie Woodstock on A&E right now.   For me, it is an extension of The Last Waltz [Martin Scorsese’s 1978 documentary film about the final days of  The Band], and I am realizing some things. I did not go to Woodstock. I did not go to Viet Nam. My hardship discharge was approved the day after I got orders for the war zone. Nor did I participate fully in either side of the polarities of ’60’s society. I took the safe path in the center, because I aimed to please. Nonetheless it has had its impact on me. I was never fully engaged with the ’60’s, but I was a prominent mourner at the funeral.

I did not stand for anything, however, until the mid-70s. Even then, I was seldom able to stay in character for long, and never long enough to reach escape velocity from my own past which I carried with me entwined in the emerging truths in my heart and mind. To this day, however, I also carry the ’60’s with me inside. I loved it and have kept faith with its spirit these 20 odd years, because I found out what it was really about. I see the promises of those strange years coming true and I see the promises yet to come. I feel that extraordinary spirit pulsing within me every day now and for most of the intervening years.

I am undergoing an immersion in the great stream that has been flowing in me all along. It is a stream made not from drops of water, but from tiny glimpses of beautiful truth. Year after year I have been collecting them, analyzing them, loving them and at length allowing them to provide a mold from which my truest self will one day emerge–clear, pure and absolutely true to the music that sings in my soul.

Today I want to recreate the ’60’s and swim in it.   I want to become so immersed in it that I can touch its spirit at will. Then I will be young again with my whole life spread out before me, with my dreams intact, albeit raw, and with my heart perpetually eager to explode into expression.   Then I will remember why I came here and how to make that dream of dreams come true, just like the fall of the Berlin Wall, just like the Apollo landing, just like every other modern-day miracle.

Who on Earth saw Neil Armstrong’s “small step” who did not feel a deeply personal participation in the event itself?

For miracles invariably burst onto the scene, regardless of advance publicity, like lightening, striking at the very core of our being, igniting the private dreams of private people thus drawing them directly into the event in a most personal way. Who on Earth saw Neil Armstrong’s “small step” who did not feel a deeply personal participation in the event itself? We were all there, the living and the dead, Americans, Russians, Babylonians and ancient cave dwellers alike. For humans have been gaping at the moon for millions of years, for hundreds of thousands of generations, staring and wondering and building, thought by thought, wish by wish, the bridge that Neil climbed to get to that dusty ball of green cheese. And he carried a piece of every one of us within him when he made that “giant leap” for [all] mankind.

And this same truth is evident in every thought, feeling and act of every single person at every possible time if we will only look for it. Every human experience, however great or small, beautiful or hideous, new or old, each belongs in some measure to all of us. I must now feel this aspect of my own being more with every passing day.

I wrote those words 23 years ago, and I have been doing my best to live them ever since. That quest has taken a toll on me that I did not see coming, Would I have signed on for the voyage if I’d seen the price tag in advance? I can’t honestly say. What I can say, though, is that looking back, it was a bargain at twice the price. I also know now that the bill is not yet ready to be totaled, either. The difference is, now I don’t care. Now I know that regardless of the cost, it is worth it. Now I have the benefit of over two decades of loving participation in our dance across the cusp of this millennium, and I have come to realize with blinding clarity that it is always worth it. No matter what. And that, like it or not, it is the only game in town. I may not always like it, but I do love it with every particle of my being. I hope you do, too. If not, maybe I can help. If you’d like to explore that possibility, take at look at this.

The My Life Story webinar series.