Home Uncategorized The Real Cause of the Crash of 2008 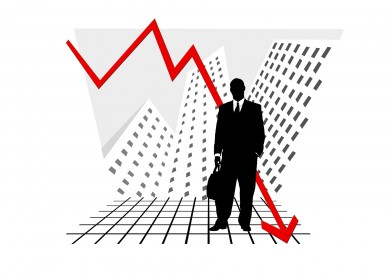 I have been waiting for years to learn exactly what the driving force was behind the financial collapse of 2008, and where it came from. With help from Alan Greenspan–through his book The Map and the Territory–and additional research of my own, I have found the still-smoking gun. It looks like this.

It began here (from Wikipedia):

“Several administrations, both Democratic and Republican, advocated affordable housing policies in the years leading up to the crisis. The Housing and Community Development Act of 1992 established, for the first time, an affordable housing loan purchase mandate for Fannie Mae and Freddie Mac, a mandate to be regulated by the Department of Housing and Urban Development (HUD). Initially, the 1992 legislation required that 30 percent or more of Fannie’s and Freddie’s loan purchases be related to affordable housing. However, HUD was given the power to set future requirements, and eventually (under the Bush Administration) a 56 percent minimum was established.[194] To fulfill the requirements, Fannie Mae and Freddie Mac established programs to purchase $5 trillion in affordable housing loans,[195] and encouraged lenders to relax underwriting standards to produce those loans.”

This forced Fanny and Freddie to grant financing to this many home buyers or else. In order to do that, they in turn put pressure on lenders and securitizers (those who bundle mortgages and other receivables for sale) to grant more loans to people who, according to traditional banking practices, really could not afford them.

The previously existing custom of granting sub-prime mortgages limited them to only those who could afford to make the mortgage payments, but lacked the down payment needed to close the deal. With the new pressure from HUD to F & F, and to lenders, a new class of home buyers were allowed…okay, encouraged…to purchase homes. This group was composed of those who not only didn’t have the down payment, but could not even afford to make the monthly mortgage payments (based on their income). To compensate for this payment deficit, adjustable-rate mortgages were used to artificially reduce the monthly payments, at least initially. As it turned out, many people could not even make those reduced payments, sometimes starting on month one.

This, of course, resulted in an increase in the foreclosure rate, but initially not a large enough one to create a panic. In fact, it didn’t really draw a lot of attention from the banking and finance community as a whole, including the Federal Reserve and IMF. The practices continued because HUD (and through them F & F and the banking industry) had a legal mandate to see to it that over half of all mortgages (62% eventually) be granted to “needy” people.

According to former chairman of the Federal Reserve, Alan Greenspan, in his new book The Map and the Territory:

The financial community saw these securitized bundles as a great way to make money and gobbled them up as fast as they became available. To make things far worse, this was true not only in America, but in Europe and the world at large.

The feces hit the fan when, in 2007 and 2008 lenders upped the adjustable mortgage rates to counter their losses from foreclosures, and the toxicity of the bundled securities due to the same failed loans became increasingly obvious. This, of course, exacerbated the loan failure rate, and the problem accelerated until the losses to financial institutions worldwide reached critical mass. The tipping point was the failure of Lehman Brothers in September of 2008. After that, the dominoes fell in rapid succession, and we’re still dealing with the aftermath nearly a decade later.

There were obviously other factors that helped to cause and exacerbate the problem, but the fuse was set under the Clinton administration in 1992 when the GSEs were mandated to increase “affordable housing” loans to at least 30% of total, and it was lit under the Bush administration when that number rose to a minimum of 56%. At its peak, it topped 62%.

So at the end of the day, it is congress that was responsible, in a bi-partisan way, for pressuring Fanny Mae and Freddie Mac into exerting influence on the financial industry to come up with mortgages that fit the bill. And that they did with great gusto. The rest of the world did their part, too. Nor can we forget the millions of home buyers who either knew , or should have known, that they really couldn’t afford that new house, but signed the mortgage anyway. Certainly the bankers did their part, too. There was plenty of blame to go around. It was a bitter pill indeed.

The real question is what, if anything, useful was learned by those who could prevent it from happening again. Stick around and find out.

To get a free download of a chapter from my new book, Millennial Challenges, in which I discuss this and other related economic topics, click here.