Listen to this page being read: 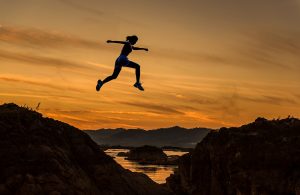 Before we get into the challenges involved in living fearlessly, let’s get a few things straight about the nature of fear. There will be some surprises here for most people, but not to worry. It should all make sense shortly.

First, forget most of what you have always been told about fear. The good news is that it is actually simpler when you understand what is involved. There are just a few basic concepts that will allow you to understand fear better than you ever have. Here they are.

Fear is the emotional experience we have when we expect that pain is on its way to us. This doesn’t have to be physical or even emotional pain. It is really anything that you would rather not include in your life.  The key word here is “expect,” because all fear is based on an expectation of something that has not yet actually happened.

We can experience pain, or anger, or any number of other unpleasant emotions about what is already going on, or has already passed for that matter. But we are never afraid of what is already happening. It is an emotion reserved for expectations. So what are expectations, and where do they come from?

We expect that which our beliefs about ourselves, life, the universe, and everything tell us is the most likely outcome based on what we perceive is true in the present. If our beliefs are valid and true and accurately reflect the true nature of things, then we will usually expect something pretty close to what actually happens. But if our beliefs are misinformed, based on prejudice, fuzzy thinking, or just plain fiction, then often we will expect one kind of outcome when something quite different actually happens. These expectations may not involve fear, but they often do.

To produce fear, our beliefs must tell us that we should expect something unpleasant or outright painful to happen. In other words, there is a threat of something dangerous. Note that it is not the actual danger itself that we are responding to. It hasn’t even arrived yet. We are responding only to our belief that the threat exists. However, since it is widely accepted that “where there’s smoke, there’s fire,” when we see a threat, we respond as if the danger it portends is already real. This applies equally when the danger actually is true, as it does when there is no real danger at all. It is very important to realize the role played by beliefs, expectations, threats, danger and the real pain they predict.

Many factors influence the degree of fear an individual may experience in a given case. The likelihood of the expected event is one of those factors. If you consider some painful event to be almost certain to happen, your level of fear is going to be much higher than it would be if you thought the odds were one in a million against it happening.

The second factor is the degree of pain that is expected to accompany the event if and when it finally arrives. If you expect great pain, or even death, you are far more likely to get upset than you will if all that is at stake is a slap on the wrist.

The third major factor influencing the degree of fear experienced is proximity in time. Things that are imminent are scarier than those that are months or even years away.

There is one more factor that is essential to understanding fear. Let’s call it the hammer and anvil. The hammer is the belief in a threat. The anvil is a belief in one’s own powerlessness to prevent or endure the coming danger. There is a huge difference between your emotional reaction to a ten year old schoolyard bully when you are six, than when you’re twenty-six. Why? Because most twenty-six-year-olds don’t feel very threatened by a kid that young.

So the worst kinds of fear are those that:

Conversely, the most innocuous fears are those that we believe probably won’t happen, and even if they do, it won’t be for a long time and won’t really hurt much at all. Oh yes, and we have a Get Out of Jail Free card anyway.

Obviously, there are countless mixtures of these ingredients to fit every occasion. But the ones you need to pay particular attention to are the ones based on beliefs that really don’t prove reliable over the long haul. These are beliefs that tell you to be very afraid of things that either never actually happen, or only happen because you have worried about them so much (worry is like praying for what you don’t want). To quote Mark Twain again, “I have known a great many troubles, but most of them never happened.”

One more example before we get to the real meat of it all. There is an undivided, paved road called Marine Drive that runs along the Columbia River on the edge of Portland, Oregon. It has two lanes plus a shoulder, with guard rails in some places but not in others. The posted speed limit on this road is 45 mph. For much of its ten or so mile length the road is built on a dike, with a sharp drop into open fields on one side, and an equally sharp drop into a major river on the other side. It is a very heavily traveled road. Thousands of people drive on it, in both directions, every day.

To make matters even worse, there is almost no maneuvering room if someone comes at you head on. If there are guardrails, they severely limit your options for escape. And if there are none, then you’re in an equally bad situation. On one side it’s a short drop into a field or gully, and on the other side you’re going to wind up in a fast-moving river.

And make no mistake; there are collisions on the road. It is in no way charmed. Yet though thousands of people drive it every day, the vast majority are completely oblivious to any serious danger. This is solid proof that they believe that they are safe. If they felt in danger, they would be afraid, or just avoid the road altogether (While it is the most convenient way to make some trips, it is far from the only one.) But they aren’t afraid. Since we can be sure most of them do not believe that they have an invisible shield to protect them, the only explanation is that they do not believe a serious threat exists. And here’s where it gets very interesting.

Look at the ways that things could go very, very badly for them.

There are probably a lot more possibilities. What is important to recognize here is that in order to drive on that road without being totally paranoid, you must trust yourself, the vehicles, and the other drivers very close to 100 percent! Otherwise, you’re completely nuts to drive down that road as if none of that mattered.

What it comes down to is simply this: people do not respond to the reality of a danger, but to the threats they perceive, whether those threats are valid or not. This is why people will drive on that road completely relaxed, even though some drunk might swerve into their lane, or the guy going the other way might have a heart attack. Yet they seem to find it easy to feel genuine terror over the prospect of being killed in a terrorist attack. Now in some places, that’s not so crazy. But in beautiful downtown JustAboutAnywhereInAmerica it is little short of Looney Tunes.

Feeling fear that is based on indefensible beliefs in danger may be responsible for more human misery than any other single cause. It is also invisible in most cases. Why? Because if you believe in the threat to begin with, then you will hardly see it as unjustified. Right? You’ll never meet a cynic who doesn’t believe they are just being “realistic.”

Possibly the worst thing about fear is that we feel obliged to avoid the object of our fear. The stronger the fear, the greater the urge to avoid it. Sometimes we do things we wouldn’t ordinarily do, but we feel we have to in order to get what we want without having to face a fearful situation. It is a powerful and pernicious barrier that separates virtually all of us from things we would dearly love to touch.

And now we have arrived at the real crux of this whole question of living fearlessly. In the end, it all comes down to the choices each of us makes. Are we going to pay attention to our fears, even the quiet ones that slink around in the shadows? Are we going to try to understand the beliefs that provide us with reasons why we have to be afraid? Are we going to withdraw our support for those beliefs that are false, or at least no longer serve us? These are all choices that every individual makes countless times over the course of their lives. There is no question about that. The real question is how you are going to make those choices. Will you put them on autopilot, automatically renewing their lease on the quality of your life? Or will you take back your power of choice and reclaim your birthright?

Here’s a little hint that should help you see how fictitious fear is. All you have to do is stop right now and realize that you are absolutely safe at this moment. Unless someone is aiming a gun at you, or pushing you out the window of a high rise, you are probably about as safe as you have ever been.

Yet you may feel some kind of fear. You may call it stress, or anxiety, or whatever you want to. But when all is said and done, it is really just fear. The dread of something unpleasant that you have become convinced is (or might be) headed your way. But the truth is that at this moment you are completely safe. You will almost certainly never be able to take this reading with different results. It’s something to consider.

Looking at it from a somewhat different perspective, who or what is going to make the choices in your life: love, or fear? Will you choose to reach for what you want, or just to avoid what you fear? These choices, and others like them, are among the trail markers of the twenty-first century.