Home Commentary Self-honesty: everything depends on it

Self-honesty: everything depends on it 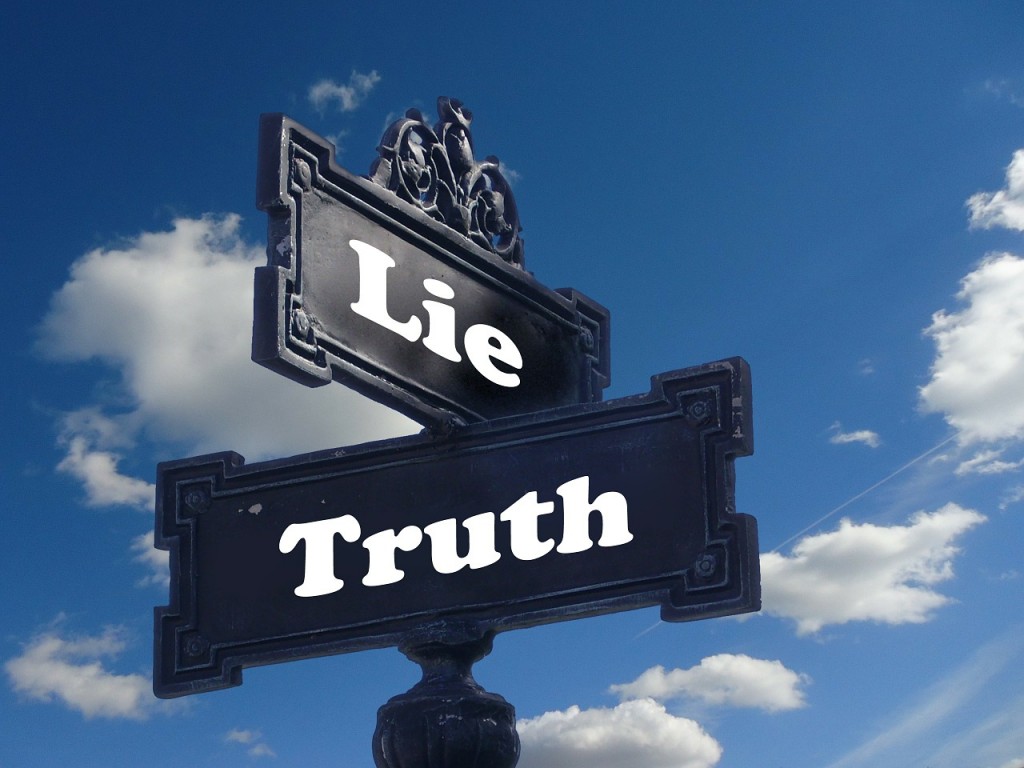 When I look at all the classes and courses I was offered in school–and there were thousands–never did I see anything called “Being Honest with Yourself 101,” or anything like it. In fact, I’ve never even heard of such a thing. Yet what I have learned is that any inability or unwillingness to be completely honest with yourself places limits in your life that are absolute and potentially crippling. It is the most important personal skill and attribute a person can possess. Yet sadly, the vast majority of people not only aren’t very good at it, for the most part they pay little or no attention to it at all.

Now you’d think that if it really is that important, everyone would know it and do whatever it took to get really good at it. But not so. And there are reasons. This is not true because people are stupid, or lazy, or ignorant, or just unlucky. In fact, it is a choice they make at every moment, though it’s probably been put on autopilot long ago. And when that choice is made, it is made because it appears to be the best move at the time. Why? That’s what we’re here to talk about.

Why would a good person with a fully functional mind believe that they are better off pretending the most important ability they would ever have simply isn’t there? Why, indeed? Yet they do. We do. By the billions. In general, the answer is a single four-letter word: fear. But what kind of fear could trump something as critical as self-honesty? And if that weren’t hard enough to understand, add to it the obvious fact that this fear must remain unrecognized and virtually invisible as soon as the decision is made. That’s a tall order, isn’t it? But we do it like fish swim. So it must be one very powerful and interesting fear, and it is. The fear we are talking about is of one’s self.

Yes indeed. I am speaking of the fear we have of our very own selves. And I’ll bet you are sitting there all wide-eyed saying, “I’m not afraid of myself. Why should I be? I’m a wonderful person.” Well, I have little doubt that you are a wonderful person. But I doubt that you are free of any belief that you are not that wonderful. It is nearly impossible to be in this world without having some belief in what Jane Roberts called “The Sinful Self” rubbing off on you. The question isn’t whether you have a belief in your own “badness.” That’s a done deal. The question is what are you doing about it? For most people, the answer to that is, “I’m going to do my level best to ignore it, hoping it will go away.” And they do. And it doesn’t. It just keeps on having its way with them and their lives and they are helpless to do anything about it, becuase “officially” it doesn’t even exist.

Yet you see and hear its footprints all the time. “What do you expect? I’m only human.” “To err is human.” “Nobody’s perfect.” Get the picture? Our belief in the defectiveness and untrustworthiness of human kind is so ingrained that we are totally unaware of its presence unless we look right at it. Like now. So look! And know that if you believe that about the nature of humanity, and you are a member of the human race, then you have to believe that about yourself. And if you aren’t aware of it, it’s only because you have long since stopped looking.

Now we can take a look at the effects of this on self-honesty. It is lethal. When you believe that you are a flawed member of a flawed race of beings, the last thing you want to know about yourself is the truth, because it is bound to be unpleasant and probably painful. So since you can’t change it (by changing species), the next best thing is to just desensatize yourself to it, to ignore it like it didn’t even exist. And that is precisely what most people do.

Now you’d think that was bad enough, but it usually gets worse. Once you start lying to yourself about who you believe you are, you start lying to yourself about a lot of other things. You lie about other people. You attibutue to them all the things you believe are true of you that you don’t want to be reminded of. You start expecting things to happen in your life that you see as being fitting for someone like you (flawed that is). And guess what? There they are–the illness, the broken relationships, the lonliness, the failures and frustrations. You know your list better than I do. And what’s more, we expect these things to be there in our lives. It makes sense to us. How else could it be, for third-class cosmic citizens like us?

Now, if you’re one of the lucky ones who has managed to keep your identification with this nefarious belief to a minimal level, you may not have most of these kinds of effect in the center ring of your life. But if you see them in the lives of others,–and the more close-at-hand and compelling they are, the truer this is–they are just exterior projections of your own beliefs. In other words, you don’t have to expeirence the illness et al yourself. You can do it vicariously through others who are willing to “share.” The point is just because your personal life seems free of these things, it probably isn’t. Just look around.

So far I have painted a not-too-pretty picture. And it was no accident. But now let’s take a look at what can be, and what it takes. The one critical ingredient that can begin immediately to bring you back into a higher state of self-honesty is a sincere and deeply-felt desire to do so. The moment you make that choice, you will start looking at your own stream of consciousness differently, and you will realize that all you have to do is be willing, even anxious, to start paying attention to what is behind the things you think, do and say. If you do that, some things will attract your attention, and you will realize that they are not faithful to the truth of who you know you are. They are just you mouthing the Official Party Line without questioning it. And now that you are questioning it, you can change it. And as you do, you can eventually polish your beliefs till they positively glow with honesty and authenticity.

The first thing to start looking for is any thought that makes no sense if you are a flawless being. When you find one like that, you’ve found evidence of a negative self-belief. See how you justify coming to that conclusion, and you will be led to the culprit.

Another rich source of leads that will take you right to your own limiting beliefs is every person in your life whom you do not admire entirely. They are all expressing one or more of your own secret beliefs about your self. Maybe it’s guilt over how you were/are. And maybe it’s just because they are expressing what you believe you would express yourself it you weren’t working so hard at being “nice.”

In such cases, start by forgiving them for appearing as they do to you (Forget who they really are. You’re not competent to judge that, and it’s none of your business, anyway.). In fact, be grateful to them for helping you to see that in yourself so that you can do something with it. And don’t be too surprised if, once you begin to see them that way for a while, you start seeing them differently, and yourself, too. That’s how you know it’s working.

In general, any time you think about yourself, or observe yourself, and feel anything but joy, you are getting pretty close to some belief about yourself that is a lie. And make no mistake, any belief that requires you to be less than your highest ideal is a lie!

To take this to its logical extreme, I will leave you with a quote from a vinyl album recorded by Cassius Marcelus Clay (a.k.a. Mohammed Ali) in 1963 entitled “I Am the Greatest.” At one point he says, “I am so modest I can admit my own faults. Of course, I only have one fault: even I don’t realize how great I really am.”

If you’d like to explore some of the implications of this perspective, try this page.