The Parallax View of Thrill Seekers 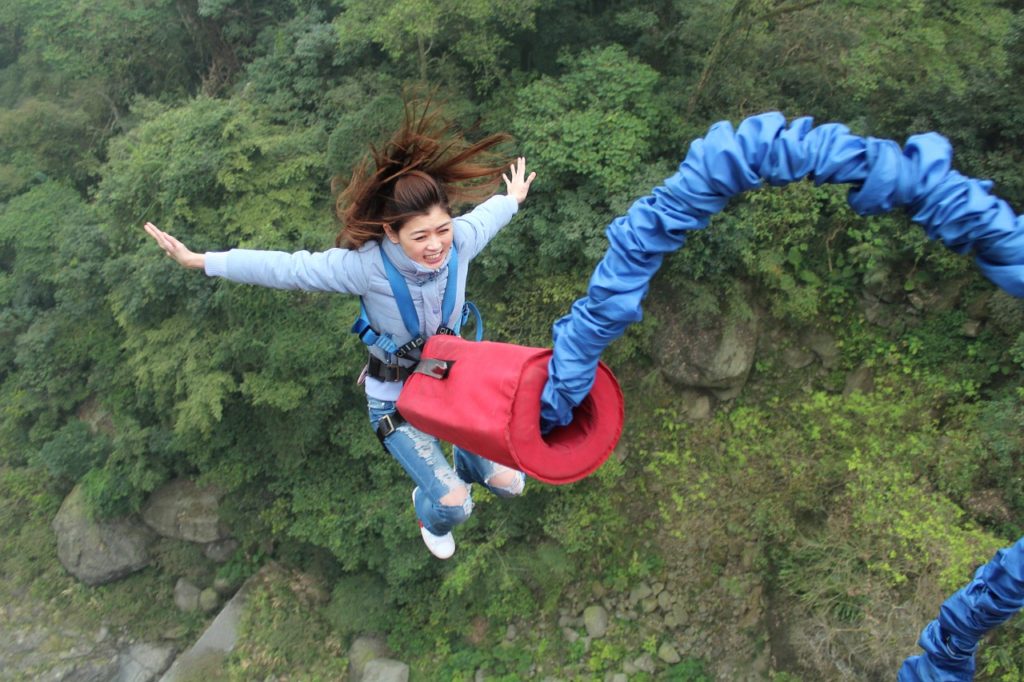 In an article in New Scientist magazine, neurobiologist David McCobb, of Cornell University, says he has found evidence linking a preference for extreme sports to a pair of proteins in the adrenal gland.

Adrenaline is secreted by the adrenal gland through tiny channels made up of two types of protein chains called ZERO and STREX. The ZERO protein is always present, but STREX is present in differing proportions in each individual. STREX tends to inhibit the free flow of adrenaline to the degree it is present. The more STREX you have, the harder it is for your adrenal glands to flood your system with adrenaline. People with high levels of this protein become thrill seekers because it’s the only way they can experience an adrenaline high.

Actually, the high isn’t produced directly by the adrenaline. What creates the euphoric sensations is a rise in the levels of dopamine in the system in response to adrenaline.

The conclusion Dr. McCobb arrives at is that because of these higher levels of the “thrill-inhibitor” STREX, people seek out dangerous situations to create the kind of excitement others might experience under far less extreme circumstances.

What is completely ignored is another equally plausible scenario in which the person develops an intention to experience bungee jumping, sky diving, or just the simple adrenaline rush, and their bodies start producing STREX to keep the levels of adrenaline low enough to support the experience.

This kind of view would never occur to the vast majority of researchers in a million years. They are completely seduced by the assumption that it all starts with the body to which we are simply reacting. This assumption is invisible to them. What’s more, since virtually the entire medical community shares their beliefs in this regard, peer review consistently approves of such conclusions despite their lopsidedness.

Similarly, in the 1960s it was announced that the DNA of people who took LSD was altered. Never did we hear anything about the possibility that people’s experience while using LSD so profoundly changed their sense of self that their original DNA was no longer appropriate, necessitating modifications.

Although there have been more and more examples in the last decade or two of traditional medicine acknowledging that the mind may be involved in the condition of the body, as a group conventional scientists are still at the bloodletting/leaching stage of maturity. The idea that we essentially instruct our bodies to make changes that encourage or forbid diseases and other bodily states is completely anathema to them. They are not bad people, or stupid, or careless. They simply suffer from the same form of dementia we all do in our own ways. Mark Twain’s contemporary and doppelganger Josh Billings might have called them fools according to his most oft-quoted assertion: “It’s not what a man don’t know that makes him a fool. It’s what he does know that ain’t so.”